Is your company paying a fair share of tax?

EU to accuse Apple of taking illegal tax aid from Ireland, as reported by the Financial Times that the European Commission investigation into Apple’s tax affairs has found evidence of illegality 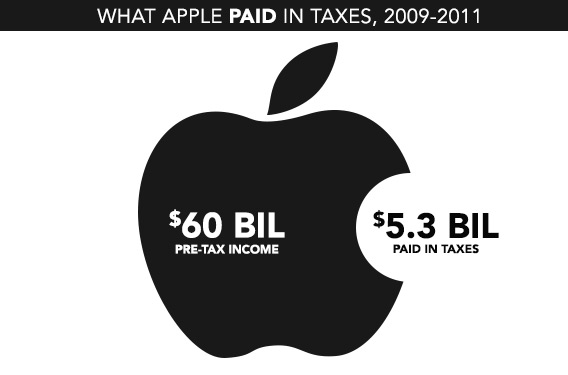 Apple benefiting billions of euro in illegal state aid from the Irish government? A senate sub-committee report last year said that Ireland had “essentially functioned as a tax haven for Apple.”  Information from  www.theguardian.com

“Profits should be taxed where economic activities deriving the profits are performed and where value is created. In order to minimize BEPS, we call on member countries to examine how our own domestic laws contribute to BEPS and to ensure that international and our own tax rules do not allow or encourage multinational enterprises to reduce overall taxes paid by artificially shifting profits to low-tax jurisdictions” – G20 Leaders Declaration, Sep 2013 Is it possible for companies not to pay any taxes in the countries where they create their value? The subject of base erosion and profit shifting is now being addressed at G20… … Base Erosion profit shifting The OECD brought up this topic of Base Erosion profit shifting as part of its Chapter 9 Business Restructuring guidance in 2010.  More recently, the global heads of state, G-20 called out this practice, along with several others, as weakening the international tax system in the base eroding and shifting of profits (and potential tax revenues) to low tax or no tax regimes. The new Guidelines would seek to effectively end, or significantly curtail, such practices, instead proposing an entirely different paradigm in which the value of goodwill is allocated and bundled with identifiable assets and taken into consideration in any subsequent transfer of intangibles. Read more at So How Do We Ascertaining the Level of Tax Substance in a Jurisdiction?