Singapore has consistently been ranked as one of the world’s best places to work, live, and start a company. That’s why people from all over the world come to Singapore, creating a diverse community of people with various cultural and religious backgrounds.

This unique mix has put Singapore on the map as a multi-cultural country with an array of celebrations that are observed through the year.

As a nation that celebrates diversity and multi-culturalism, we have public holidays for each of our ethnic groups – Chinese, Malay, Indian, and Eurasian. These festivals are considered the main public holidays for Singaporeans, alongside National Day, which falls on August 9 every year, to celebrate the nation’s independence.

Aside from those, if there is a general or presidential election in Singapore, Polling Day will also be an official public holiday. This is the government’s way of encouraging the Singaporean popular to exercise their rights and duties to the country by casting their vote. However, by-elections are not considered as a public holiday.

With the dates of each public holiday differing every calendar year, here’s a quick look at the full list of public holidays in Singapore in 2023! 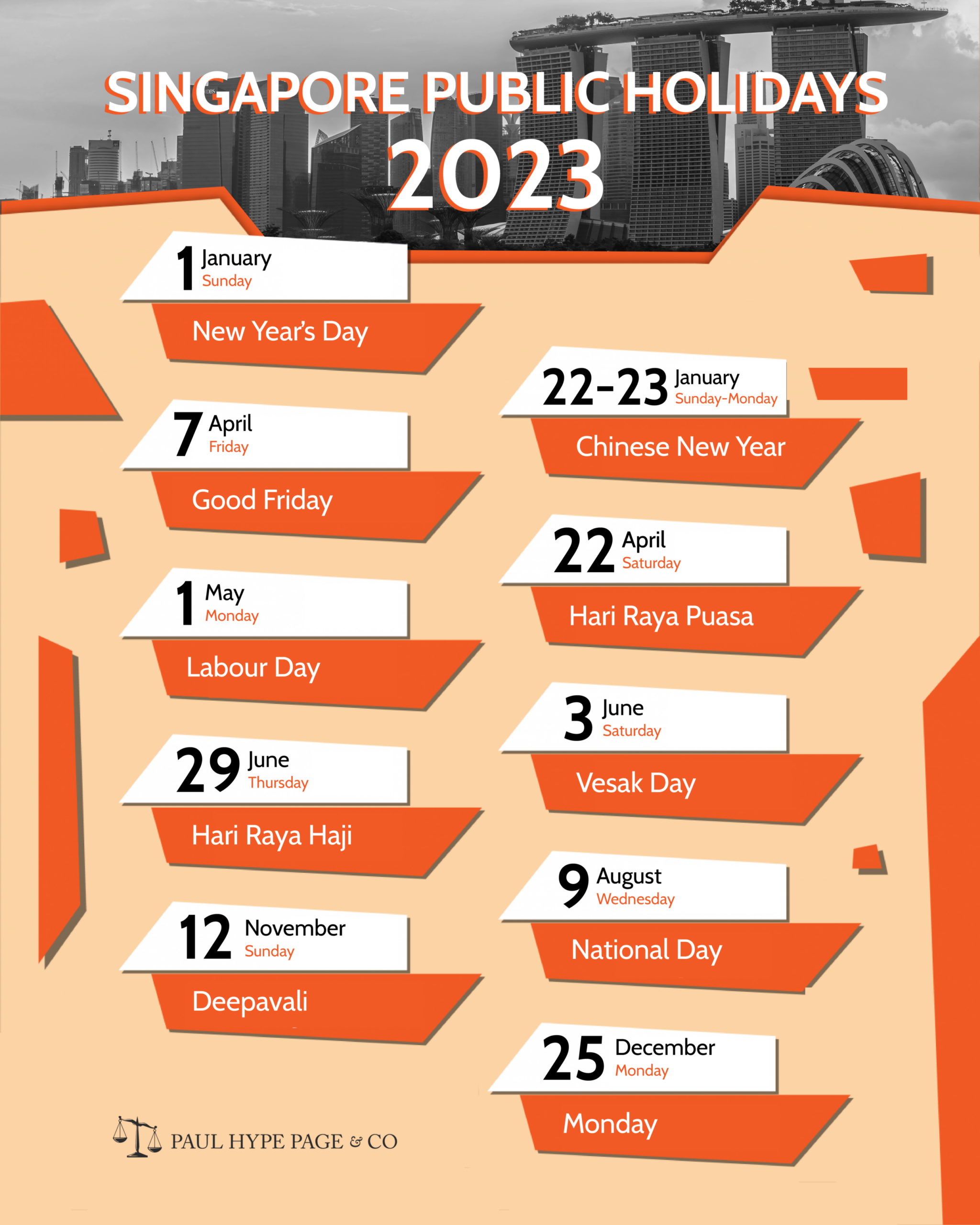 When it comes to the business end of public holidays, new employers in Singapore need to know that all their employees are entitled to be paid the gross rate of pay for every public holiday if:

In any event that you would require your employees to work on a public holiday:

While such agreements are perfectly legal, please make sure that it is properly communicated to avoid any disputes!

For those working in managerial or executive positions:

These guidelines are in accordance with Singapore’s Employment Act and are to be followed by all employers in Singapore.

If you are looking to work or live in Singapore for more than a year, do reach out to us to learn more about:

History of Public Holidays in Singapore

The reason why these public holidays were removed by the Ministry of Manpower was to improve the nation’s business competitiveness as this means a reduction of business costs incurred by Singapore companies, and mitigate the impact brought about by statutory leave.

How Singapore’s Public Holidays Compare to Those of Its Neighbours

To put things into perspective on how the Singaporean government stands regionally when it comes to public holidays, let’s take a look at how nation’s public holidays compare to our Southeast Asian neighbours – Indonesia, Malaysia, the Philippines, and Vietnam.

Number of Public Holidays in Each Country

Most of the four countries have similar number of public holidays, with the exception of Indonesia who has 16!

The similarities when it comes to the public holidays include:

NOTE: New Year’s Day is not a nationwide public holiday in Malaysia although it is observed by most.

The Singapore Identity Through Public Holidays

Singapore has carved out a unique place for itself in the world today by celebrating its deep cultural heritage and multi-culturalism. Staying true to their ethos and values, Singapore public holidays represents a great reflection of our identity, where all four core religions are celebrated as holidays.

Find out more about Singapore with us today. From business incorporation, working visas, tax services to relocation services, we’ve got you covered.

Come to our office or get in touch virtually for a consultation on your company incorporation with employment pass, and other corporate services.

Are part-timers entitled to holiday pay if they must work on public holidays in Singapore?

Yes.  Part-timers are entitled to holiday pay too if they must work on public holidays in Singapore.

I am a student. Do I have a replacement holiday if the public holiday falls on Saturday in Singapore?

Yes. If you are a primary or secondary school student, you do have a replacement holiday on the following Monday if the public holidays fall on a Saturday.

What happens if I must work on a public holiday in Singapore?

According to the Employment Act, if you must work on a public holiday in Singapore, you are entitled to an extra day’s salary at your basic rate of pay, on top of the gross rate of pay for that public holiday.

What happens if the public holiday falls on Sunday in Singapore?

In Singapore, if a public holiday falls on Sunday, the following Monday will be declared as a replacement holiday. 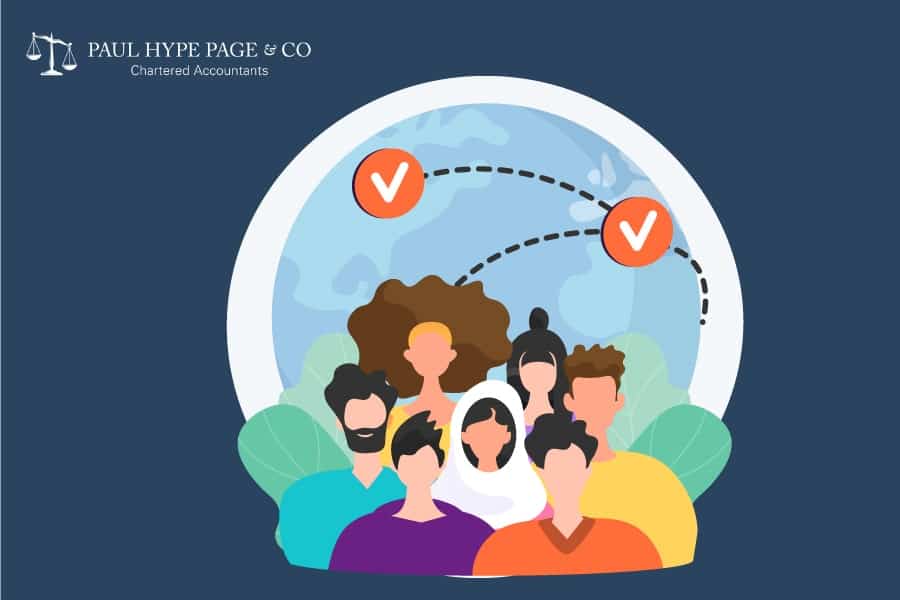 How Can I Migrate To Singapore?